Benton, KY. (October 26, 2020) – Around 3:20 p.m. Monday afternoon, a Trooper with Kentucky State Police, Post 1 was on regular patrol on Interstate 69 at the 41 mile marker near Benton and observed a silver passenger car traveling at a high rate of speed. As the Trooper attempted to initiate a traffic stop, the vehicle accelerated and fled south on Interstate 69. The Trooper continued to pursue the vehicle, reaching speeds of approximately 130 mph. The pursuit traveled into Graves County and as the fleeing vehicle approached the 32 mile marker, the driver yielded to the Trooper and pulled over. Xsavier Cleary, 40 of Gallatin, Tennessee, was arrested without further incident.

Through investigation, it was discovered that Cleary had an active arrest warrant out of Paducah, Kentucky. He was also charged with Wanton Endangerment, 2nd Degree, Fleeing and Evading Police, 2nd Degree, and Speeding. Cleary was lodged in the Graves County Jail. 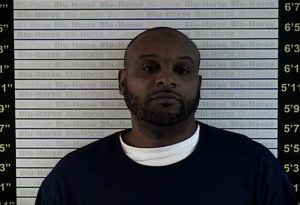