Reidland, KY. (November 9, 2020) – At approximately 4:35 p.m. Monday, Kentucky State Police Trooper Landon Stewart observed a black 2019 Chevrolet Colorado pickup speeding and driving recklessly on Interstate 24 headed westbound near the 21 mile marker. Trooper Stewart attempted to initiate a traffic stop, but the vehicle exited the Interstate at Exit 16, then headed toward US HWY 62. After turning west onto US 62, the driver tossed an item, later determined to be a handgun, out of the vehicle. As the pursuit continued, the vehicle turned around and traveled back east on US 62. The pursuit continued onto Benton Road in the Reidland community where the fleeing vehicle swerved in and out of traffic, narrowly missing other motorists. Near the intersection of Reidland Road and Nickell Heights Road, the fleeing vehicle struck a Toyota passenger car, operated by Jeffery E. Stone, 53 of Paducah, Kentucky, causing the driver to lose control, and striking a utility pole. Trooper Stewart, trying to avoid a collision with another vehicle, traveled off the roadway into a ditch, disabling his cruiser. The driver of the Chevrolet Colorado and his passenger fled into a wooded area. Trooper Stewart was able to catch up to the driver and take him into custody. The passenger continued to flee the area on foot.

Moor’s passenger, Cameron D. Malone, 21, also of Princeton, is still being sought by police and is believed to be in the Nickell Heights Road area of Reidland. He was last seen wearing a gray hooded sweatshirt and khaki pants. A photo of Malone is attached to this release. The public is urged to lock their homes and vehicles. If anyone has any information regarding the whereabouts of Malone, please contact Kentucky State Police, Post 1 at 270-856-3721. 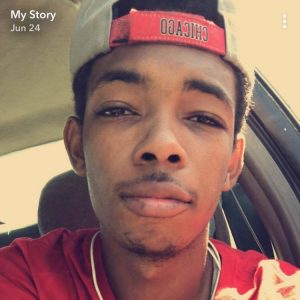