Hardin, KY. (December 11, 2020) – Thursday afternoon, December 10, 2020, Troopers with Kentucky State Police, Post 1 and Marshall County Sheriff’s Deputies responded to a report of a man armed with a handgun and a long gun, walking down Allison Road in the Hardin community of Marshall County. Troopers located James “Ricky” Borders, 64 of Hardin, Kentucky on Allison Road and ordered him to drop his weapons. Borders complied and advised Troopers and Deputies he was trying to shoot and kill the “creatures that captured Sheriff Eddie McGuire.” Borders was under the influence of a substance, but directed Troopers and Deputies to his residence where they were met by Tracy L. Scott, 48, also of Hardin. Scott was also under the influence of a substance. A search of the residence revealed suspected methamphetamine and drug paraphernalia along with multiple rifles and handguns inside a safe. An additional handgun was found in plain view inside the residence. Further investigation revealed Borders is a convicted felon. 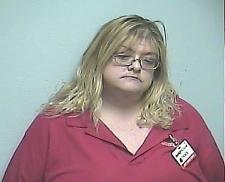 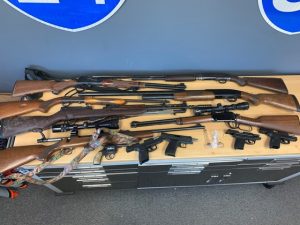 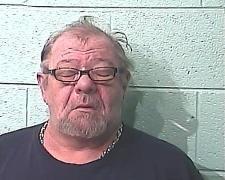