Cunningham, KY. (December 24, 2019) – At approximately 7:00 p.m. this evening, Ryan L. Mills and Danielle P. Louth were both taken into custody by the Carlisle County Sheriff’s Office. They are lodged at Ballard County Detention Center. The investigation is ongoing by the Kentucky State Police.

Cunningham, KY. (December 24, 2019) – At approximately 3:20 p.m., while being sought by law enforcement in connection to thefts out of Graves County, Ryan L. Mills, 39, of De Soto, Missouri and Danielle P. Louth, 40, of Arnold, Missouri were operating a vehicle reported stolen out of Missouri on State Route 121 near US HWY 62 in Carlisle County. When law enforcement located the two suspects, Mills and Louth fled on foot into a wooded area behind a residence located at 881 State Route 121 S and headed north toward US HWY 62. Mills was last seen wearing a dark green shirt with a flat bill hat while Louth was wearing a pink hooded sweatshirt and pajama pants.

Kentucky State Police is requesting the public be on the lookout for these individuals and to report any suspicious activity. KSP is also warning the public in this area to lock their homes and vehicles. Troopers with the Kentucky State Police are continuing their investigation. Anyone with information is asked to contact the Kentucky State Police Post 1 at 270-856-3721 or anonymously at 1-800-222-5555.  Citizens may also report tips anonymously through the KSP app.  The app is available for iPhone, iPad and Android applications and can be easily downloaded free of charge through Apple and Google Play stores. 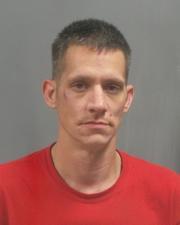 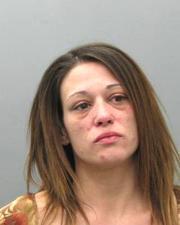