Grand Rivers, KY. (December 7, 2020) – Saturday night at approximately 6:35 p.m., a Trooper with Kentucky State Police, Post 1 observed a 2015 Nissan Altima speeding and driving recklessly on Interstate 24 traveling east near the 33 mile marker. The Trooper attempted to initiate a traffic stop, but the vehicle accelerated and fled. The Trooper pursued the vehicle into Lyon County where the driver was observed tossing various items out the window. The pursuit continued on Interstate 24 into Trigg County and officers with the Cadiz Police Department successfully deployed tire deflation devices at the 65 mile marker. The vehicle exited Interstate 24 and into the parking lot of McDonald’s on KY 68/80. The driver, Lamarr D. Moye, 29, and his passenger, Zandra C. McElmore, 30, both of St. Louis, Missouri, were arrested without further incident. Through investigation, it was determined Moye had thrown alcoholic beverages, suspected marijuana, and a .38 caliber handgun out the window while fleeing from law enforcement. Those items were later located.

McElmore was charged with Tampering with Physical Evidence, Alcohol Intoxication in a Public Place, and Failure to Wear Seatbelt. McElmore was also lodged in the Christian County Detention Center. 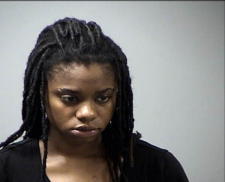 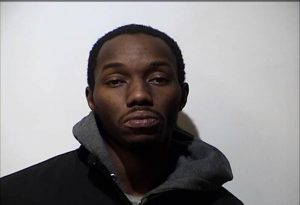