Beattyville, KY. (March 15, 2020) – The Kentucky State Police, Richmond Post was called just after 5:00 am in reference to a fatal stabbing that occurred on Long Branch Rd in Lee County.

KSP Post 7 Troopers responded to the scene and discovered one man deceased. The initial investigation indicates, the deceased was fatally stabbed during an altercation with another man.

James Allen, 53 years old of Beattyville, KY. was pronounced deceased at the scene by the Lee County Coroner. His body will be taken to the State Medical Examiner’s Office in Frankfort, for an autopsy.

As a result of the initial investigation, the Kentucky State Police is seeking the public’s assistance with locating Jason Michael Smith, 39 years old of Beattyville, KY. Smith is wanted for Murder and is considered to be armed and dangerous. 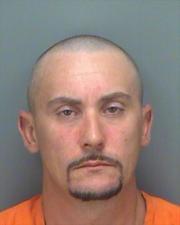