New Concord, KY. (March 27, 2021) – Kentucky State Police investigators have identified the body discovered early Friday morning in southern Calloway County on Fox Road near McCuiston Drive.  Friday afternoon, an autopsy was conducted at the Western Kentucky Medical Examiner’s Office in Madisonville, KY. Preliminary autopsy reports determine the female subject died as a result of multiple gunshot wounds. On Friday evening, Kentucky State Police investigators learned that Murray State University Campus Police were asked to conduct a welfare check on a student after she failed to report to work Friday afternoon.  Detectives compared the student profile with the description of the unidentified body and with the help of family members, later determined that the body was that of 21-year-old Sarah Townsend, a student at Murray State University.  Townsend is originally from Farmville, Virginia.

Once identification was made, investigators began interviewing friends and relatives which allowed them to determine her last known whereabouts.  With the help of various intelligence services, KSP discovered that Townsend’s vehicle, a Toyota Camry, had been observed by traffic cameras in central Georgia.  Further investigation led to the development of a suspect who also had ties to the same area in Georgia.  In the early morning hours of Saturday, March 27th, KSP detectives determined that the Toyota Camry had made its way back to Kentucky.  At approximately 4:00 AM, detective’s located 22-year-old, Julius Sotomayor near his home in Dexter, KY.   Detectives also located Townsend’s stolen Toyota Camry nearby.   Evidence and statements obtained throughout the investigation provided investigators with sufficient probable cause to arrest Sotomayor who was charged with Murder, Theft by Unlawful Taking (Auto), and Tampering with Physical Evidence.  He is being held in the Calloway County Jail. 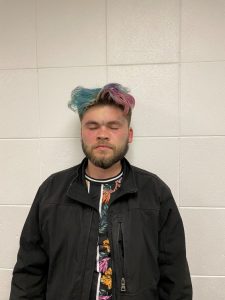 New Concord, KY. (March 26, 2021) – Detectives with Kentucky State Police, Post 1 have confirmed the identity of a deceased female body located in a roadside ditch early Friday morning near the Cherry Corner area of southern Calloway County. The identity of the female is not being released at this time pending next-of-kin notification. More information regarding the investigation will be released at a later time.

The investigation is ongoing by Kentucky State Police, Post 1 detectives.

New Concord, KY. (March 26, 2021) – Troopers and Detectives with Kentucky State Police, Post 1 are currently on the scene of a suspicious death near the Cherry Corner area of southern Calloway County. A deceased body was located in a roadside ditch by a passerby around 7:00 a.m. Friday morning. Calloway County Sheriff’s Deputies initially responded to the scene and requested detectives from Kentucky State Police respond to investigate.

At this time, detectives are requesting the public’s assistance in identifying the deceased subject. The subject is described as a white female between the ages of 25 and 35. The female is approximately 6’1″, weighing roughly 310 lbs. She has light brown and blondish hair and was wearing purple framed glasses. The female was located wearing a white “Murray State University” T-shirt, black Capri pants, and blue Crocs (picture included).

Anyone with information on the identity of this subject or details surrounding the investigation, please contact Kentucky State Police, Post 1 at 270-856-3721 or anonymously at 1-800-222-5555. Citizens may also report tips anonymously through the KSP app. the app is available for iPhone, iPad, and Android applications and can be easily downloaded free of charge through Apply and Google Play stores. 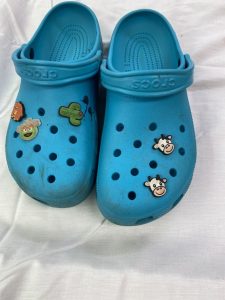