Trooper Chrisman is remembered as a man of great faith which took action in his life of service above self.

GRAND RIVERS, KY (June 24, 2019) – Kentucky State Police, along with local law enforcement, gathered today to remember a fallen trooper.  On June 23, 2015, Trooper Eric Chrisman died in the line of duty in an automobile collision while responding to a call for service.  Shortly thereafter, a flagpole was erected at the site of the collision. Around the flagpole, many flowers and other remembrances, have been placed over the past four years.

Yesterday marked the 4th anniversary of the fatal collision. KSP gathered today, with fellow law enforcement, family and friends to place a wreath in remembrance of Trooper Chrisman’s life and sacrifice.  The wreath has “Everyone is Family” written on it, a phrase Eric lived out during his professional and personal life.

Trooper Chrisman is remembered as a man of great faith which took action in his life of service above self.  Though his time with KSP was short, Eric made a positive impact in the lives of his co-workers as well as the communities in which he served. 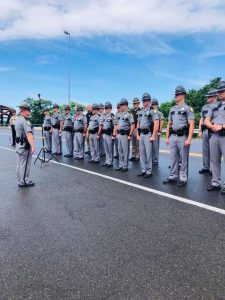 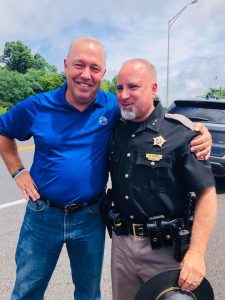 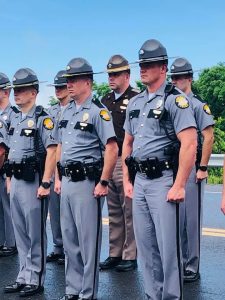 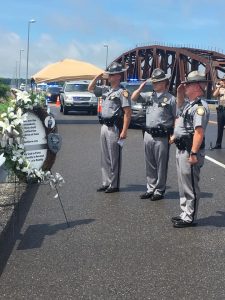