West Paducah, KY. (September 13, 2020) – Troopers with Kentucky State Police, Post 1 arrested a Kansas couple early Sunday morning after an attempted traffic stop turned into a pursuit through the West Paducah area of McCracken County. At approximately 1:10 a.m., a Trooper observed a vehicle speeding on US HWY 60, traveling westbound. The Trooper initiated a traffic stop on the vehicle, but the vehicle fled, traveling into the oncoming lanes of travel and nearly striking other vehicles. The vehicle continued to flee from the Trooper through the West Paducah community. The vehicle traveled down Woodville Road and drove through a residential yard near the 8000 block, where it collided with a tree. The driver, later identified as Steven M. Rule, 35 of Topeka, Kansas, fled the scene on foot.

The passenger in the vehicle, Hannah B. Holloway, 40, also of Topeka, Kansas, was detained at the scene. During a search of the vehicle, a 2019 RAM 1500 pickup truck, Troopers located suspected methamphetamine and drug paraphernalia. An area search for Rule was conducted but he was not located. Through further investigation, it was determined the 2019 RAM 1500 pickup Rule had wrecked during the pursuit was stolen out of North Carolina. Holloway was arrested and lodged in the McCracken County Regional Jail. She was charged with Possession of Controlled Substance 1st Degree, 1st Offense (Methamphetamine) and Drug Paraphernalia-Buy/Possess.

Kentucky State Police Trooper Tony Cornwell is continuing the investigation into the stolen RAM pickup and the pursuit. 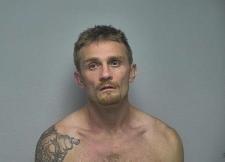 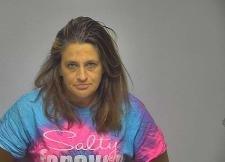