Gray, KY. (September 18, 2020) – On September 18, 2020 Tpr. Sidney Wagner was patrolling in the Gray community of Knox County and observed Angela Wynn operating a white 2020 Ford Fusion on Ky 233 without a seatbelt. During the traffic stop, Tpr. Wagner detected a strong odor of marijuana coming from inside the vehicle and requested assistance from Ofc. Eric Martin and K-9 “Chaby” with the Barbourville Police department to assist into the investigation. A positive alert was given by K-9 “Chaby” to the exterior of the vehicle. Upon further search Troopers located a large amount of methamphetamine and marijuana along with various pills.

Tpr. Wagner obtained consent to search from Mrs. Wynn to search her residence which is located in Knox County and also her storage units which are located in Laurel County. A search of the residence resulted in the finding of more methamphetamine and marijuana along with drug paraphernalia. While searching the storage unit, K-9 Chaby indicated a positive alert resulting in the finding of a large amount of methamphetamine, marijuana, and us currency. In total, Troopers seized approximately 1.75 pounds of methamphetamine, 1 pound of marijuana, and $14,000 in cash.

Kentucky State Police along with other agencies throughout the commonwealth are continuing the war on drugs. 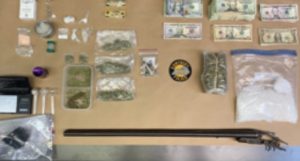 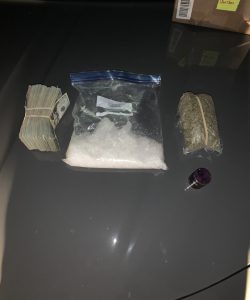 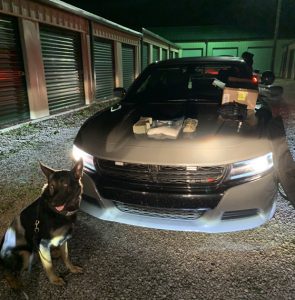