Arrest made in Knox County

During the investigation, Tpr. Wagner located a new born fawn in the vehicle 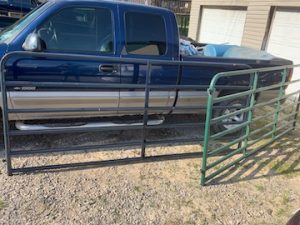 Barbourville Ky. (June 16, 2019) On June 15, 2019 at 9:00 p.m. Kentucky State Police, Post 10 Harlan received a burglary complaint on Ky 1530 just outside of Barbourville. Tpr. Sidney Wagner responded to the scene and began investigation. Through his investigation he was able to arrest Samuel Owens (45) of Bailey Hollow and charge him with multiple charges including burglary 2nd and 3rd degree. Preliminary investigation indicates Mr. Owens broke into two separate residences by force and also forcing his way into three building along Ky 1530. Tpr. Wagner was able to return majority of the stolen items back to the victims. During the investigation, Tpr. Wagner located a new born fawn in the vehicle with other stolen items. At which time Kentucky Fish Wildlife was contacted.

KSP is now asking for the public’s assistance with identifying the owner of two cattle gates. These items we also recovered at the scene.  Anyone with information is urged to contact Tpr. Sidney Wagner at Post 10 Harlan at 606-573-3131.

Case is still under investigation by Tpr. Sidney Wagner. Also assisted at the scene was Deputy Bobby Jones.