Olive Hill, KY (January 15, 2022) – On January 14, 2022 at approximately 1630 hours, Kentucky State Police in Ashland received a call of a shooting that occurred on KY 955 in the Olive Hill community.  Upon units arriving on scene, it was determined that a Delmas Harris Jr. DOB: 11-19-1996 had entered the residence of Carla Roberts who resides on KY 955.  Once inside the residence, Mr. Harris brandished a firearm and began firing at Ms. Roberts and the juvenile.  During this time, Carla Roberts was struck in the hand and shoulder area and a juvenile was struck in the left leg sustaining minor injuries.  Ms. Roberts and the juvenile were able to exit the residence and hide until Mr. Harris left the area.  After Mr. Harris left, both victims walked to a safe location to seek help and were transported to Olive Hill Urgent Care to seek medical attention and call police.  Troopers located Mr. Harris and placed him under arrest without incident.  Mr. Harris was lodged in the Carter County Detention Center and charged with Assault 1st Degree.  The case remains under investigation by Detective Lawson. 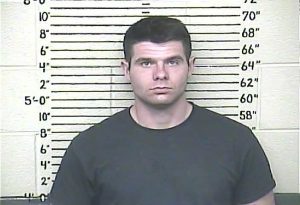