OLIVE HILL, Ky. (August 11, 2022) – On August 11, 2022 The Kentucky State Police Post 14 in Ashland arrested Jeremiah James (DOB: 4-4-2003) on charges related to sexual assault.  Earlier this date a juvenile female went to the Kentucky State Police Post in Ashland and reported she had been provided with alcohol prior to being sexually abused, raped and sodomized by Mr. James in July of this year.  She also claimed to have witnessed Mr. James commit a sex crime with a animal.

Detectives located Mr. James this date and obtained evidence to support the victims statements.  He was arrested and charged with Rape 1st Degree, Sodomy 1st Degree, Sexual Abuse 1st Degree, Unlawful Transaction with a Minor and Sexual Crimes Against Animals.  He was lodged in the Carter County Detention Center.  The case remains under investigation by Detective David Boarman. 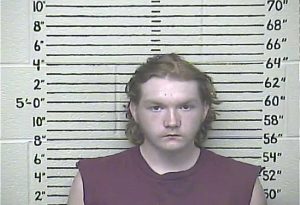