Tompkinsville, KY (October 10, 2020) On October 9, 2020 at approximately 7:15 PM Kentucky State Police Post 15 was notified that both suspects, Whitledge and Spivey had been located and arrested in Bakersfield CA. Both suspects will be extradited back to Kentucky for charges listed above.

The Kentucky State Police is asking for the public’s assistance in locating these individuals who are considered to be armed and dangerous. If anyone has any information regarding their whereabouts we ask that you contact Post 15  at 800.222.5555 or your local law enforcement agency, do not attempt to approach or apprehend.

Photos are attached below: 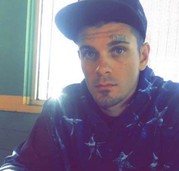 Tompkinsville, KY (September 21, 2020) On September 20th, 2020 at approximately 3:15 PM Kentucky State Police Post 15 responded to a residence on White Oak Ridge Rd in the Fountain Run community in reference to two deceased males being located inside the residence with apparent gunshot wounds to the head. The victims are 20 year old Trevor Cleary of Tompkinsville, KY and 19 year old Austin Copas of Fountain Run, KY. Autopsies are scheduled to be performed. This incident remains under investigation by Detective B.J. Burton. KSP was assisted at the scene by Fountain Run PD, Monroe County Sheriff’s Department, Monroe County EMS, and the Monroe County Coroner’s Office. If anyone has any information regarding this incident contact KSP Post 15 at (800) 222-5555.