Hopkinsville, KY (Christian County) – Kentucky State Police Post 2 in Madisonville, was contacted by the Christian County Detention Center around 7:00 AM this morning, stating an inmate had escaped while on work release.

The inmate, Devon Kendrick, 47 years old, of Hopkinsville, Ky., was last seen when his employer dropped him off at the front entrance of the jail, around 5:00 PM on March 15, 2020. Kendrick is a black male, with brown hair, brown eyes, approximately 5’7” tall, and weighs around 250 pounds.

Devon Kendrick was originally lodged in the Christian County Detention Center in February for Flagrant Non-support. 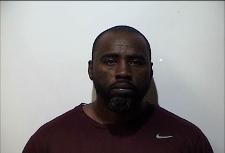