Captain Smith, a 15-year veteran, began his career with the Kentucky State Police in 2005 as a member of Cadet Class 84. In 2012, he was promoted to Sergeant and served at the Campbellsburg Post, Madisonville Post, and Mayfield Post. In 2017, he promoted to Lieutenant, and was assigned to the Madisonville Post.  He served as the Criminal Investigations Lieutenant at Post 2 until his promotion to Captain on September 1, 2020.

Captain Smith has expressed his excitement to continue serving the Post 2 community in his new role as commander, and looks forward to the challenge. 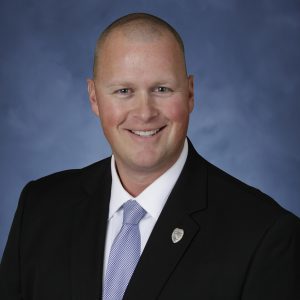