Brownsville, Ky. (October 15, 2021)— On October 14th, 2021 at approximately 6:45 p.m.; Kentucky State Police Troopers were actively patrolling in Edmonson County when they conducted a traffic stop on a 2004 Saab passenger vehicle traveling on KY-70 (Morgantown Road) near KY-655 for equipment and traffic violations.

During the stop, Troopers were granted consent to search by the driver,  During a search of the vehicle, drug paraphernalia along with suspected marijuana and other controlled substances were located in the vehicle. Joshua Lashley was arrested and lodged in the Hart County Detention Center. Lashley was charged with the following:

The investigation is ongoing and being led by Trooper Trevor High. 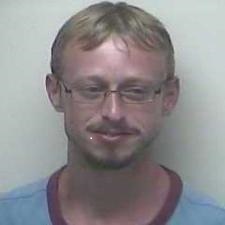