Russellville, KY (October 23rd, 2020) – On October 22, 2020 just before 8:00 PM, Kentucky State Police Post 3 in Bowling Green was contacted by the Logan County Jail in reference to an escaped inmate.  According to jail staff, an inmate who was granted furlough did not return back to jail property at 2:00 PM as instructed and has not been seen since.

The escapee, Jason S. Stratton, age 48, of Elkton, KY, is a white male with brown hair, hazel eyes, approximately 6’2” tall, and weighs approximately 189 pounds. It is unknown what Stratton was wearing at the time of his escape. 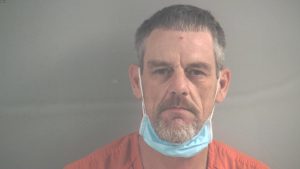