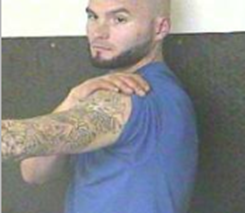 Park City, KY At approximately 4:27 pm, Kentucky State Police Troopers located the 1986 Nissan pickup being operated on Mayhew Road in Barren County.  A vehicle pursuit ensued that ended in a cornfield near a wooded area on the Barren and Edmonson County Line.  A foot pursuit followed resulting in the capture of Cody Dubree.  Dubree was taken into custody and has been lodged in the Hart County Jail.  He now faces the following additional charges: 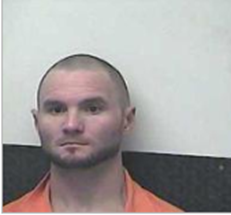 The Kentucky State Police would like to thank the public for the cooperation and information that led to the capture of the Cody Dubree.

Horse Cave, KY (July 9, 2019)- The Kentucky State Police Post 3, Bowling Green received a call today at 11:54 am from the Hart County Jail requesting assistance in locating an escaped inmate who had fled from a work detail.  According to jail staff, an inmate, Cody D. Dubree, had gained access to a beige 1986 Nissan Pickup without consent, and had left property located on Bluegrass Ave in Hart County.

Cody Dubree is a white male, 5’9” and approximately 180 pounds.  Dubree has brown eyes, brown hair and was last seen wearing a gray shirt, blue jeans and a gray hat. He was last seen operating the stolen beige 1986 Nissan Pickup bearing a Kentucky license plate of 077VHG near the area of 100 Bluegrass Ave in Horse Cave.  The investigation is ongoing and being led by Trooper Jonathan McChesney.

Anyone with any information regarding the whereabouts of Cody Dubree are asked to contact the Kentucky State Police at (270)782-2010.