Carrollton, KY. (October 6th, 2020) – The Kentucky State Police Post 5 in Campbellsburg has made an arrest in an ongoing investigation into the sexual abuse of at least two children in Carroll and Boone Counties.  On Saturday September 26th a Post 5 detective responded to General Butler State Park in Carrollton to investigate a report of sexual abuse of a child. It was reported that the suspect had engaged in inappropriate physical contact with the victims on multiple occasions.

The investigation has led to the discovery of at least two juvenile victims, a 14 year old and an 11 year old. Investigators also discovered that the suspect had allegedly committed the crime in multiple locations, including in Carroll and Boone Counties, over a period of approximately 4 years dating back to 2017, making one of the victims approximately 8 years old at the time.

Today, October 6th,  Dowell has been charged with 15 additional counts in Boone County, including 10 counts of Rape in the 1st degree victim under 12 years old, and 5 counts of Sodomy in the 1st degree victim under 12. He has been lodged at the Carroll County Detention Center and is currently held on $25,000 cash bond. Other charges may be pending as the investigation remains ongoing by Kentucky State Police Post 5 Detectives. 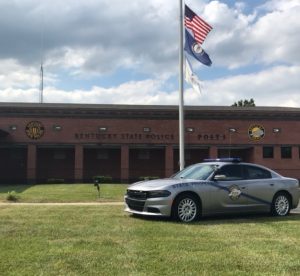