CAMPBELLSBURG, KY. (April 1, 2020) – On Tuesday March 31, 2020 just before 1:30 pm Kentucky State Police Post 5 was contacted by the Richfield Township Police Department in Davison, Michigan requesting an attempt to locate on a blue Chevrolet pickup truck in the area of Campbellsburg on Interstate 71. The vehicle was suspected to be occupied by Robert Danial Putnam, 40, of Davison, MI, who was a suspect in a Murder investigation.

The Richfield Township Police Department advised that on Tuesday March 31 at approximately 12:52 pm they had responded to a welfare check in Davison, MI and located Sidney Szewczyk, a 28 year old female, deceased in her home; initial investigation indicated the death to be a homicide. Based on cell phone activity, they believed Putnam to be in the area of Interstate 71 in Henry County.

Just after 1:30 pm, within minutes of receiving the request to attempt to locate Putnam, Troopers with KSP Post 5 located a truck matching the description of Putnam’s on the side of Interstate 71 south-bound near the 35 mile marker in Henry County. They made contact with Putnam and arrested him without incident. Putnam was transported to Post 5 in Campbellsburg for questioning, then lodged at the Oldham County Detention Center.

Putnam was charged by Kentucky State Police with Driving Under the Influence, as well as Fugitive from Another State.

For further information regarding the ongoing murder investigation, Lt. Galloway with the Richfield Township Police Department can be contacted at 810-653-3565. 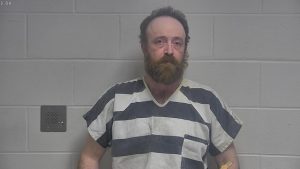