Richmond, Ky. (Feb. 23, 2022) –The Kentucky State Police, Richmond Post, is requesting the public’s assistance locating the suspect wanted in connection to a Murder that occurred on Tuesday, February 22, 2022, at a home on Willis Branch Road in Madison County.

The ongoing investigation alleges Shannon V. Gilday, 23 years old of Taylor Mill, KY, forced his way into the home at approximately 4:00 am, armed with a rifle. Once inside, he fatally shot 32-year-old Jordan Morgan while she was in bed. After the initial shooting, Gilday confronted the homeowner, when gunshots were exchanged between the two. As a result, the homeowner sustained non-life-threatening injuries, and the armed suspect left the scene in a white passenger car.

Shannon Gilday has an active arrest warrant for Murder, Burglary 1st Degree, Criminal Mischief 1st Degree, Assault 1st Degree, and two counts of Attempted Murder. Shannon Gilday is considered armed and dangerous. He is believed to be driving a White 2016 Toyota Corolla with minor damage to the front grill, and a license plate of 379-VMJ.

Do not approach the vehicle or attempt to contact the driver for safety reasons. Anyone with additional information about the investigation is urged to call KSP Post 7 at 859.623.2404.

Editor’s Note: Attached to this release is a photo of the Shannon Gilday and a stock photo of a vehicle similar to the one he is believed to be operating. 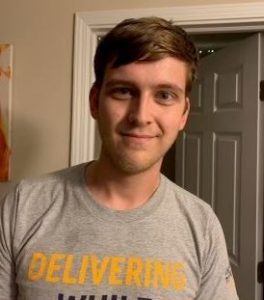 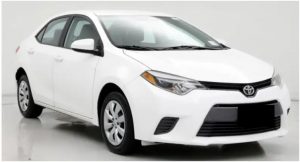 What: Update on death investigation of Jordan Morgan