Captain Caudill, a 13- year veteran, began his career with the Kentucky State Police in 2007 as a member of Cadet Class 86. Captain Caudill is a native of Harlan, KY where he currently resides with his wife Carrissa.

Captain Caudill is excited to join the Morehead Post Area community and looks forward to this new challenge. 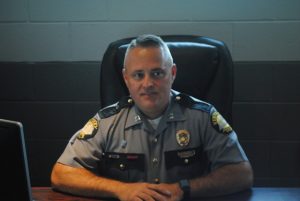