Eddyville, KY. (June 12, 2020) – Friday evening, Kentucky State Police Troopers responded to the intersection of KY 93 S and KY 3305 for a multi-vehicle collision. Initial investigation shows Jeffery H. Barrett, 27 of Benton, Kentucky was traveling north on KY 93, operating a 2005 Harley Davidson motorcycle while Mark A. Driver, 27 of Eddyville, Kentucky was traveling south on KY 93, operating a gray 2017 Toyota Corolla. Driver attempted to make a left turn onto KY 3305  when Barrett’s motorcycle struck Driver’s vehicle, causing Driver to lose control and collide with an unoccupied red 2015 Toyota pickup truck. Neither Driver nor his passengers were injured during the collision. Barrett sustained fatal injuries during the collision and was pronounced deceased at the scene by the Lyon County Coroner.

Paducah, KY. (May 26, 2020) – Kentucky State Police Post 1 is searching for a missing male. Austin T. Deboe, 21 of Paducah, Kentucky was last seen on Thursday, May 21st, 2020. He is described as a white male, with brown hair and blue eyes, 5’3″ tall and approximately 105 lbs. Deboe has “LIBERTY” tattooed down his left arm. It is unsure where Deboe could be headed. He is possibly operating a gray 2019 Nissan Sentra with California license plate 8FJP799. 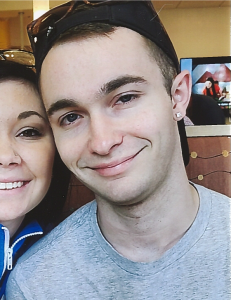 One Injured, One Arrested After Assault in Trigg County