ucky State Police Post 1 responded to the intersection of Interstate 69 and Interstate 24 in Lyon County for a single vehicle rollover collision on May 22, 2017 near 5:00 p.m. Upon the arrival of Troopers, they located the driver still inside the2007 Volvo tractor trailer, which was upside down.
Read More

Marshall County Man Sentenced to Federal Prison and Ordered to Pay over $100,000.00

Paducah, Ky. (May 22, 2017) – A joint investigation by the Kentucky State Police Post 1 and the Kentucky Department of Insurance, which began in 2015, has led to the conviction on multiple federal charges of a Benton, Kentucky man.

Cadiz, Ky. (May 19, 2017) – Both suspects in the October 2014 Kidnapping and Quadruple Murder in Trigg County have entered guilty pleas.

Eddyville, Ky. (May 19, 2017) – Troopers assigned to the Kentucky State Police Post 1 Interdiction Team arrested the passenger of a car stopped just before 3:00 p.m. on Wednesday. Troopers stopped the vehicle for a traffic violation on Interstate 24 in Lyon County. During the traffic stop, Troopers located approximately 3 ounces of cocaine along with approximately 1 ounce of codeine. The street value of the drugs is estimated at $4000.00.

The passenger of the vehicle, Britany N. Avery, 32, of Travis, Texas was arrested and charged with First Degree Trafficking of Controlled Substance (Cocaine) and Third Degree Possession of a Controlled Substance. Avery was lodged in Caldwell County Jail. 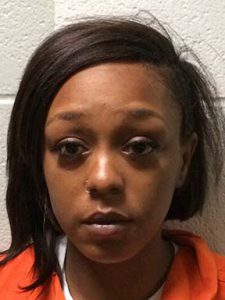 The investigation is continuing by Trooper T. J. Williams. Anyone with information is asked to contact the Kentucky State Police Post 1 at 270-856-3721 or anonymously at 1-800-222-5555. Citizens may also report tips anonymously through the KSP app. The app is available for iPhone, iPad and Android applications and can be easily downloaded free of charge through Apple and Google Play stores.

CALVERT CITY, Ky. (May 18, 2017) – Kentucky State Police are investigating a two vehicle collision that sent one driver by helicopter to Vanderbilt.

MURRAY, Ky. (May 19, 2017) –Kentucky State Police’s Drug Enforcement and Special Investigations (DESI), along with KSP Post 1 Troopers, and KSP Special Operations K9 served a search warrant on First Street in Murray this morning at 5:30 a.m. The warrant was issued as a result of an ongoing drug trafficking investigation. 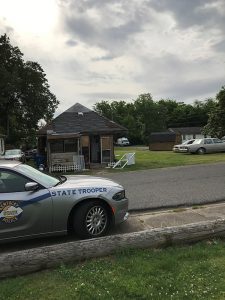 During the search, Troopers located various drugs inside the residence along with a large sum of cash believed to be proceeds of drug trafficking. 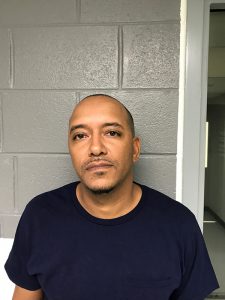 The investigation is continuing by KSP DESI. Anyone with information is asked to contact the Kentucky State Police DESI at 270-746=7834 or anonymously at 1-800-222-5555. Citizens may also report tips anonymously through the KSP app. The app is available for iPhone, iPad and Android applications and can be easily downloaded free of charge through Apple and Google Play stores.

HICKORY, Ky. (May 16, 2017) –The Kentucky State Police (KSP) will be conducting traffic safety checkpoints throughout the Post 1 district, to check motorists for compliance with motor vehicle laws including driving under the influence statutes.

MURRAY, Ky. (May 14, 2017) – Kentucky State Troopers have arrested Joseph A. Lawrence, age 55, of Murray, Kentucky in reference to an investigation into sexual offenses.