Clinton, Ky. (September 13, 2022) – Troopers with the Kentucky State Police (KSP) charged a Hickman County man after investigating a threat of school violence.  The KSP Electronic Crimes Branch received information from Facebook advising that a post was flagged relating to a possible criminal threat. The social media post indicated a threat of violence against staff at Hickman County High School.

Buster A. Thomas, 20 years old of Clinton, KY, a former student of Hickman County High School, was subsequently arrested and charged by Kentucky State Police with Terroristic Threatening, 2nd Degree. He was lodged in the Ballard County Jail.

The investigation is continuing by Trooper Aaron Jestes. Kentucky State Police urges all parents and youth to be aware of the dangers of social media and attentive to suspicious activity. Suspicious activity and threatening statements should be reported by contacting KSP Post 1 at 270-856-3721 or anonymously at 1-800-222-5555.  Citizens may also report tips anonymously through the KSP app.  The app is available for iPhone, iPad and Android applications and can be easily downloaded free of charge through Apple and Google Play stores. 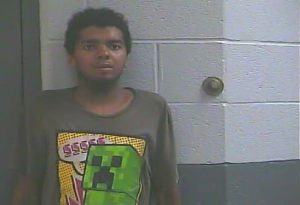