FRANKFORT, Ky. (May 1, 2018) ― Sergeant Joshua Lawson has been named commander of the Kentucky State Police Public Affairs Branch and will function as the agency’s primary spokesperson at KSP headquarters in Frankfort.

Lawson is a 13-year veteran of the agency. His previous assignments include duty as a road trooper at KSP Post 8 in Morehead, a public affairs officer at KSP Post 5 in Campbellsburg, an assistant 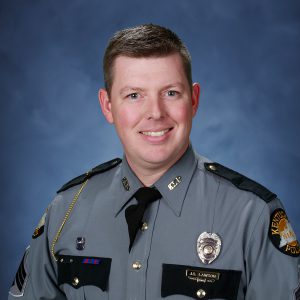 spokesperson at the KSP Public Affairs Branch in Frankfort and a detective in the KSP Electronic Crime Branch.

Lawson says he looks forward to the challenge ahead and developing relationships with media partners to enhance a timely flow of information. “Working together, we can help prevent, reduce and deter crime throughout the Commonwealth,” adds Lawson.

Master Trooper William Gregory has also joined the Public Affairs Branch as an assistant media spokesperson. Gregory is a 21-year veteran of the agency. 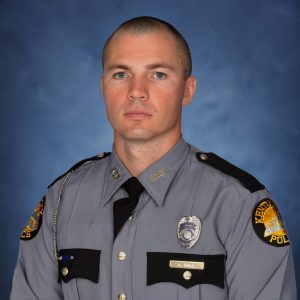 His previous assignments include duty as a road trooper, detective and public affairs officer at KSP Post 15 in Columbia.