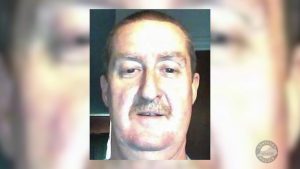 On December 23, 2019, Kentucky State Police Troopers responded to a call at 638 Southlawn Dr. in Shelbyville Ky. When Troopers arrived they found Jon Kerry Monroe shot to death just inside the home. Jon Monroe had been shot multiple times.

On that day, Jon Kerry Monroe was with his girlfriend at her residence located on Southlawn Dr. in Shelbyville. Around 7:30pm someone knocked on the front door of the home and when Jon Monroe answered the door, an unknown male shot Mr. Monroe several times at near point blank range. Jon Monroe died from those gunshot wounds.

Detectives with Kentucky State Police, at Post 12 in Frankfort, are investigating the murder of Jon Monroe. While detectives go through 100’s of hours of surveillance video, conducting interviews, and following up on leads and other tips. The Kentucky State Police are also asking for the public’s help. Not only to help bring the person or persons responsible Jon Monroe’s death to justice but to help bring closure to his family. We are asking for anyone who may have information about the murder of Jon Monroe, to contact the Kentucky State Police. No matter how small you think the information is, we want to hear from you. Because sometimes the smallest piece of the puzzle is all we need.

KSP App: Report anonymously through our App available on the App Store and Google Play