The investigation is continuing by Detective Michael Robichaud. 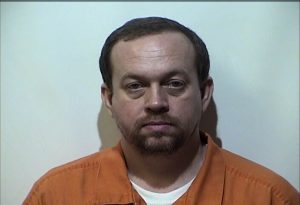 Hickory, KY (May 1, 2019) – The Kentucky State Police began an investigation in March 2017 into Richard M. Baker, 39 of Marikina Manila, Philippines, after receiving information that he had sexually abused a child under 12 years of age while he lived in Trigg County.  KSP Detectives worked with multiple agencies during the investigation as Baker was working overseas, and the victims had moved out of Kentucky.   A Trigg County Indictment Warrant was issued on May 16, 2018.

With the help of the United States Marshall Service and Interpol, Baker was located in the Philippines and detained on or about February 8, 2019.   Baker was released from the Philippines to the US Marshall Service on April 18, 2019 and was flown to the United States and delivered to the Georgia Department of Corrections.   Baker waived his extradition from Georgia on April, 19, 2019.  KSP extradited Baker back to Kentucky on April 30, 2019 and lodged him in the Christian County Jail.  He was charged with Sodomy 1st degree victim under 12 years old (Class A Felony) and Promoting a Minor (u/16) in a Sex Performance (Class B Felony).

The investigation is continuing by Detective Michael Robichaud.  Anyone with information is asked to contact the Kentucky State Police Post 1 at 270-856-3721 or anonymously at 1-800-222-5555.  Citizens may also report tips anonymously through the KSP app.  The app is available for iPhone, iPad and Android applications and can be easily downloaded free of charge through Apple and Google Play stores.