The group departed from Post 1 this morning for a five day stay at the summer camp, which is provided free of charge to kids age 10-12. During the week, campers will participate in archery, fishing, swimming, canoeing, and other outdoor activities.

Campers will also interact with the KSP Troopers on the island in afternoon activities such as movie watching, water games, and kickball.

Throughout the week, campers build positive skills such as teamwork, leadership, and self-esteem. It also provides a time for them to experience firsthand the reality that Troopers are people too, and they care about the well being of others. 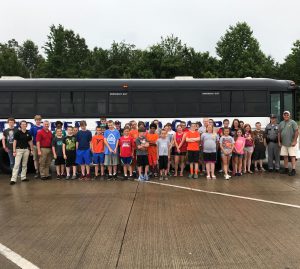 One night, the entire island staff, campers, and Troopers will have a Blue Light Ceremony in memory of the Troopers who have died in the line of duty. During that ceremony, the names of each Trooper will be read aloud along with a message from Trooper Jonathan Biven, Trooper Island Camp Director. Having attended in previous years, Trooper Jody Cash says, “The kids are nervous on Monday about being away from home, then they are upset on Friday because they want to stay at Trooper Island longer.” 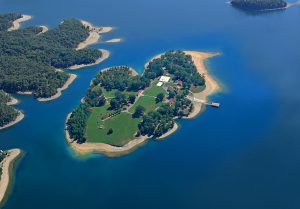 Throughout the summer, approximately 700 children from across Kentucky will attend the five-day camp. More information about the camp can be found at http://kentuckystatepolice.org/island.htm. Trooper Island Camp is a non-profit organization, which is primarily funded by private donations. Anyone wishing to make a donation is asked to contact Trooper Jody Cash at 270-356-6264 or at jody.cash@ky.gov.