Cadiz, KY. (October 16, 2021) –An autopsy was conducted on Mary V. Dullenty on Saturday October 16, 2021 at the Office of the Chief Medical Examiner in Louisville, KY. The cause of death was declared to be blunt force trauma. The investigation is continuing by Detective Adam Jones with the Kentucky State Police.

Cadiz, KY. (October 14, 2021) – On Thursday afternoon just after 12:00 PM, Kentucky State Police, Post 1 was notified by Trigg County Dispatch of an assault that occurred on Hilltop Street in Cadiz. Troopers and detectives with the Kentucky State Police responded to assist with the investigation.

The preliminary investigation reveals that the Trigg County Sheriff’s Department received a call about 48 year old Harold F. Jett of Taylorsville, Illinois firing a shot at a vehicle on South Road in Cadiz. Deputies with the Trigg County Sheriff’s Department and officers with the Cadiz Police Department attempted to make contact with Jett who fled in a motor vehicle. The pursuit led to Hilltop Street where Jett entered a residence. A short time later, Jett exited the residence and was taken into police custody. After detaining Jett, deputies located 71 year old Mary V. Dullenty of Cadiz, Kentucky who was injured inside the residence. Mrs. Dullenty was transported to Trigg County Hospital where she succumbed to her injuries.

As a result of the investigation, Kentucky State Police arrested and charged Harold F. Jett with Murder and Burglary 2nd Degree. Trigg County Sheriff’s Department has charged Jett with additional offenses related to the pursuit. Jett is lodged at the Christian County Jail.

An autopsy has been requested for Mrs. Dullenty. 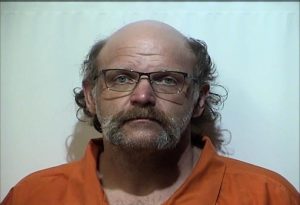