SMITHLAND, Ky. (October 29, 2022) – Charles E. Walker has been located and interviewed in reference to the incident. No additional information is available at this time. The investigation is ongoing by Detective Moore.

SMITHLAND, Ky. (October 20, 2022) – Kentucky State Police (KSP), Post 1 is seeking the public’s assistance in locating a person wanted for questioning in reference to an assault that took place in Livingston County on Thursday evening.

Just after 5:00pm CT, KSP received a call from Livingston County Dispatch requesting KSP response to a residence on Carrsville road for the report of an assault. Troopers responded and located an assault victim at the residence. Through investigation, it has been determined that Charles Edward Walker, 54 years old of Marion, Kentucky, is believed to have been the last person seen with the victim. Troopers were advised that Mr. Walker left the area on foot. At the time of this release, Mr. Walker has not been located.

KSP is asking the public for assistance in locating Mr. Walker who is described as a white male, standing 6′ 1″ tall, weighing 140 pounds, with blue eyes and brown hair.

Anyone with information regarding the whereabouts of Charles Walker is asked to contact Kentucky State Police, Post 1 at 270-856-3721 or anonymously at 1-800-222-5555. Citizens may also report tips anonymously through the KSP app. The app is available for iPhone, iPad, and Android applications and can be easily downloaded free of charge through Apple and Google Play stores. 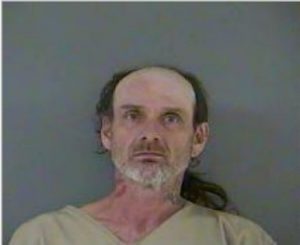