MAYFIELD, Ky. (October 22, 2021) – The Kentucky State Police (KSP) held its annual civilian awards ceremony in Midway to honor 14 civilian employees who have excelled in public service and dedication to the agency. The achievement awards presented were for accomplishments that occurred during 2020.

During the ceremony, KSP Commissioner Phillip Burnett Jr. said civilian employees are critical to the agency’s success, and it’s important to recognize their dedication.

“The awarding of this honor to Telecommunicator Beasley caps off a 22 year career of service to the citizens and visitors of the Commonwealth.  Beasley’s legacy will continue on in his co-workers and those he’s trained over the years.  Beasley’s work at Post 1 showcases the best our agency has to offer,” remarked Captain David Archer, commander of Kentucky State Police Post 1.

Commissioner Burnett and Kentucky Justice and Public Safety Cabinet Secretary Harvey presented Ballard County resident Jerry Beasley with the 2020 ‘Police Communications Support’ Award. Beasley served as a Telecommunicator at Post 1 in Mayfield and retired in 2021 after 22 years as a Telecommunicator. 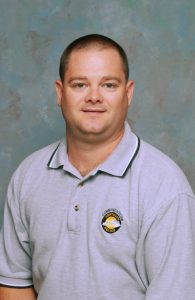