Richmond, KY. (May 26, 2021) – Kentucky State Police (KSP) Commissioner Phillip Burnett, Jr. announced the promotion of Major Michael C. Rogers to Lieutenant Colonel, where he will serve as Executive Director of the Office of Operations. Rogers assumed this role effective May 1, 2021. In his new role, Rogers oversees the Special Enforcement Troop, Commercial Vehicle Enforcement Division and all 16 posts across Kentucky.

Burnett says Rogers has the background and experience that will inject a unique perspective into the agency.

“Lieutenant Colonel Rogers will lead with integrity and has the wisdom to make decisions that will positively impact the Kentucky State Police and citizens we serve,” said Burnett.

A 21-year veteran of the agency, Roger has served KSP in many roles including: Trooper, Sergeant, Lieutenant, Captain and Major. He’s served at Post 15 Columbia, Post 7 Richmond, the Drug Enforcement and Special Investigations Unit East, Facilities Security, the Intelligence Branch, the Special Enforcement Division and now his current role in the Office of Operations. A native of Mercer County, Rogers is a graduate of Eastern Kentucky University with an Associates and Bachelors of Science Degree in Police Administration. He resides in Harrodsburg with his wife Angela and children Isaac, Abigail and Olivia. 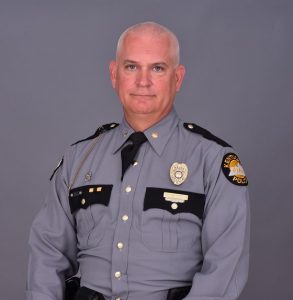