Anyone with information on the whereabouts of Clayton C. Davis is asked to contact Kentucky State Police 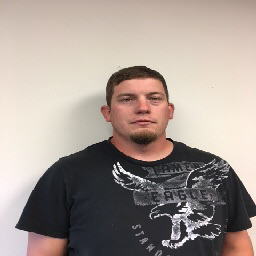 Hickory, KY. (May 31, 2019) The Kentucky State Police is asking for the public’s assistance in locating a Graves County man who is wanted on multiple felonies.  Clayton C. Davis, 33 of Wingo, is wanted for Absconding Parole and Failure to Comply With the Sex Offender Registry.  Troopers have received information that Davis could be in the south Graves County area.  He has had previous addresses in Calloway County and has been known to stay in Marshall and McCracken County in the past.  Davis is described as a white male weighing approximately 190 pounds and stands approximately 6’2” tall.  He has green eyes and brown hair.  Davis has a history of being physically violent.  Anyone with information on the whereabouts of Clayton C. Davis is asked to contact Kentucky State Police at 270-856-3721 or local law enforcement by dialing 911.  Callers may remain anonymous.