Murray, Ky. (June 1, 2022) – Kentucky State Police, Post 1, are seeking the public’s assistance in locating a missing Murray man.  Troopers were contacted by the family of 53-year-old, Kevin Hoague (pronounced H-O-G-E) stating he had not been seen or heard from since the morning of May 31, 2022. He had stated to family that he was traveling to the Elizabethtown Kentucky area for a construction job.

Family believes that Hoague could be suicidal and could be in possession of a shotgun.  Kevin Hoague is 5’8″ tall and weighs approximately 215 pounds. He has brown eyes and short brown hair with a beard. Hoague was last seen driving a green 2001 Toyota Tacoma with New Hampshire registration plate 5054599 .  He was last seen wearing blue jeans, sleeveless t-shirt with a skull and American Flag on the front, and a pair of boots.

If anyone has information regarding the whereabouts of Kevin Hoague, they are asked to contact the Kentucky State Police. Due to the possibility of his suicidal state, the public is urged not to approach Hoague if he is spotted and instead contact State Police at 270-856-3721 or 911. 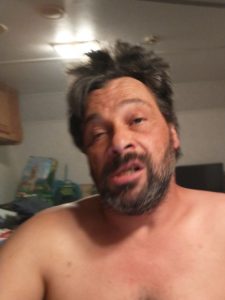