Stanford, KY  At approximately 5:00 PM EST, Troopers with Kentucky State Police, Post 7, spotted the Mitsubishi Montero Sport on US 27 in Lancaster, KY.  After a brief pursuit, the vehicle stopped on US 27 near the city of Stanford.  Upon approach of the suspect vehicle, Troopers located the bodies of both Beechum and Hungerford inside the vehicle.  The deaths appear to be a result of a murder suicide and no other suspects are being sought.

Cadiz, KY. (September 22, 2021) –  Detectives with Kentucky State Police Post 1 are investigating a report of a kidnapping that took place in Cadiz, KY on Wednesday morning. KSP dispatch was notified just after 8:00 AM that a female had been taken from a parking lot at a business on Lafayette Street.  Evidence collected suggests that the victim had been taken by force.

The victim of the kidnapping is identified as 53-year-old Tammy Beechum of Dover, TN.  Beechum is a white female standing 5’1″ and weighing approximately 150 lbs.  She has blue eyes and brown hair.

After conducting interviews with various individuals, a suspect was developed and identified.  Detectives are searching for 65-year-old Thomas Hungerford of Cadiz, KY.  Hungerford has been described as the estranged boyfriend of the victim.  Hungerford stands 5’5″ and weighs 157 lbs.  He has blue eyes and is bald or balding.  Hungerford is believed to be driving a white Mitsubishi Montero SUV with TN registration DBK802.  Hungerford may be headed toward the state of Maryland but there is no known direction of travel.  He should to be considered armed and dangerous.

Investigators are asking the public for any information leading to the location of either Beechum or Hungerford.  Tips can be called into the Kentucky State Police at 270-856-3721 or by dialing 911.  Callers may remain anonymous. 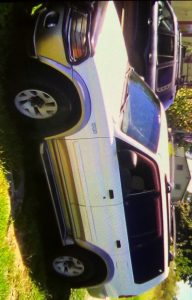 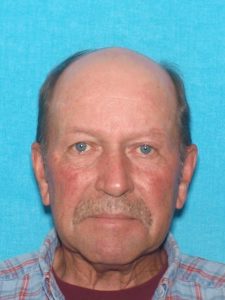 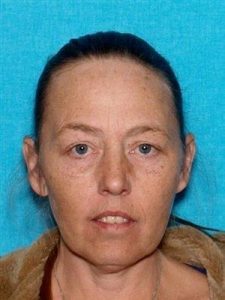