Grayson, KY (January 24, 2022) – On January 23, 2022 the Kentucky State Police received a call of a physical domestic that occurred on KY 1910.  Trooper Moore and Trooper Daniels responded to the scene and spoke with the victim Stephanie Moore.  Ms. Moore stated that during an argument, Jimmy Sturgill began to choke her to the point of passing out and was unable to call for help.  Troopers learned that Mr. Sturgill had left the residence and of a possible location to where he may have gone.  Upon arriving at the second location, Mr. Sturgill ran from the residence.  During the search, Fish and Wildlife located Mr. Sturgill running across a field and was able to place him under arrest without incident.  Mr. Sturgill was lodged in the Carter County Detention Center and charged with the following: Strangulation 1st Degree, Criminal Mischief 3rd Degree, Fleeing Or Evading Police, 2nd Degree (On Foot), Flagrant Non Support And Failure To Appear.  The case remains under investigation by Trooper Moore. 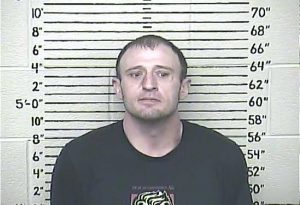