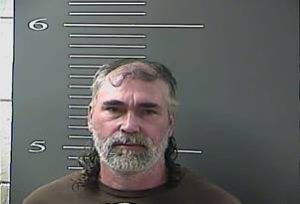 UPDATE: William Litton, has been located, arrested and lodged in the Big Sandy Regional Detention Center.

Ashland, Ky. (July 11, 2018) – The Kentucky State Police in Ashland is seeking the public’s assistance in locating a wanted fugitive who was indicted by the Lawrence County Grand Jury for Rape 1st Degree, in June of 2018.

William Litton, age 48, of Webbville, KY was originally arrested on April 20, 2018 after evidence was obtained which indicated he knowingly and unlawfully engaged in sexual intercourse with another person by forcible compulsion.  Litton was out on bond and has failed to surrender after being indicted by the Grand Jury.

The investigation is ongoing by Detective David Boarman.