The case remains under investigation by Trooper Jeffrey Moore. 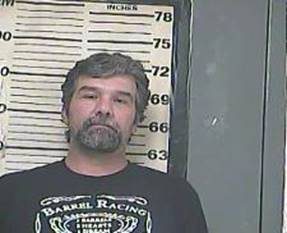 Ashland, Ky. (August 27, 2018) On Saturday, August 25, 2018, the Kentucky State Police Post 14 was notified that  Matthew Conley, age 41, of Russell, KY had used one of his social media accounts to threaten Greenup County District Judge, Brian McCloud, in retaliation for the Judge’s involvement in a recent legal proceeding. A warrant was issued for Mr. Conley’s arrest, and Troopers made contact with him at his residence soon after receiving the complaint. There, Conley was determined to be intoxicated but was taken into custody without incident. He was later lodged in the Greenup County Detention Center, and charged with Intimidating a Participant in a Legal Process, a Class D Felony.

The next day it was determined that Mr. Matthew Conley had disregarded a court ordered diversion on the night of his arrest, which prohibited him from having access to handguns and other firearms, and required he remain drug and alcohol free. That order had been in effect since February 13, 2014. A search warrant was obtained and executed at Mr. Conley’s residence by Kentucky State Police Troopers, where evidence was discovered which substantiated his violation of the mandate.

The case remains under investigation by Trooper Jeffrey Moore. He was assisted by the Greenup County Sheriff’s Office and Russell Police Department.