Magnolia, KY – On Sunday, July 31st, 2022, Kentucky State Police located and arrested a third individual in connection with the murder of Robert W. Myers. Dale E. Hodge (65), of Elizabethtown, was charged with murder (complicity) and lodged in the Hardin County Jail.

Magnolia, KY – On Saturday July 30th 2022, Kentucky State Police located the Uhaul truck involved in Friday’s murder in Hart County. KSP later located and arrested Cecil Daniels (21), of Elizabethtown and Brandon M. Hodge (31), of Elizabethtown in connection with the murder of Robert W. Myers. Both Daniels and Hodge have been charged with murder and will be lodged in the Hart County Jail.

The investigation continues and no other information is available for release at this time.

Magnolia, KY (July 29, 2022) – On Friday evening, July 29th just before 6:00 PM, KSP Post 3 was requested by the Hart County Sheriff’s Office to conduct a death investigation in the Magnolia community. Hart County deputies responded to 10070 Hammonsville Road and located a deceased male in a yard near the residence.

Kentucky State Police is requesting that anyone with any information or leads concerning the death of Robert W. Myers to contact Detective Courtney Milam with KSP Post 3 at the following number: (270) 782-2010.
The ongoing investigation is being led by Detective Milam. Detective Milam was assisted by the Hart County Sheriff’s Office, Linwood Fire Department, Bonnieville Fire Department and the Hart County Coroner’s Office.

No further information is available for release at this time. 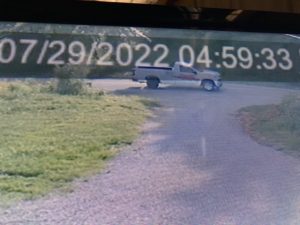