On Feb. 2, KSP was contacted by the SCSO requesting assistance with an investigation of a missing person case of a four-year old female that had last been seen in Dec. 2020.

On Feb. 18th at approximately 2 pm EST, detectives located the body of the four year-old in a wooded area near the 1300 block of Skyview Rd in West Point near the Jefferson-Bullitt Co. line.

The victim’s body was taken by the Bullitt Co. Coroner’s Office to the Kentucky Medical Examiner’s Office in Louisville for an autopsy scheduled for this morning.

KSP along with the SCSO and the KAG office charged Serenity’s mother, Catherine McKinney, age 21 of Shepherdsville and her boyfriend Dakota Hill, age 26 also of Shepherdsville, with murder and abuse of a corpse. At the time both McKinney and Hill were in custody at Shelby Co. Detention Center after being charged for custodial interference by the SCSO. McKinney and Hill had been arrested last week in Kansas on the above charges before being extradited back to Kentucky. 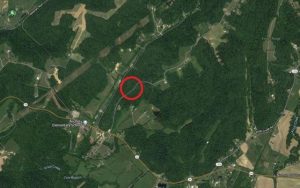