The preliminary investigation revealed a 16-year-old was operating a 1999 Chevrolet Silverado and was attempting to make a left-hand turn onto Bypass Rd when it struck a 2013 Ford Focus traveling southbound being operated by a 17-year-old. As a result, the Ford Focus lost control and crossed the centerline into the northbound lanes where it was struck by a 2015 Chevrolet 3500 pickup truck being operated by Christopher Stone, 48 of Brandenburg.

A portion of Bypass Rd was shut down for approximately four hours in order to allow troopers to investigate the collision. KSP was assisted at the scene by the Brandenburg Police Dept., Meade Co. Sheriff’s Office, Meade Co. Fire, Meade Co. Coroner’s Office, and Meade Co. EMS. The collision remains under investigation by reconstructionist Detective Brad Holloman. 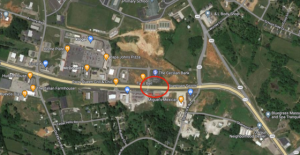