Update: 8-9 The inmate has returned. 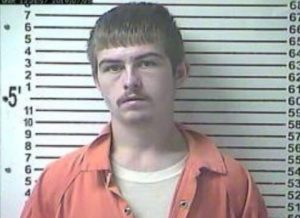 Jailer Joshua Lindblom with the Hardin County Detention Center, and with the assistance of family members made contact with Jordan Lee Geary, and thus persuaded Geary to turn himself in. This afternoon Geary turned himself in, directly to Jailer Lindblom without incident and is now back in custody.

Thank you all for helping get out the information about Geary and thus was able to get him to turn himself into Jailer Lindblom.

Elizabethtown, KY. (August 8, 2019) – On August 8, 2019 at approximately 12:32 P.M. ET, KSP Post 4 received a call from the Hardin County Control stating an inmate had walked away from the Hardin County Detention Center’s Substance Abuse Program (SAP) building located at 211 S. Mulberry Street in Elizabethtown. The preliminary investigation revealed, as the inmates were walking between the dormitory and classroom buildings, Jordan L. Geary, 22 of Louisville, fled on foot. KSP, Elizabethtown Police Department and Hardin County Sheriff’s Office searched the area, but was unable to locate Geary.

Geary is listed as a white male, 5’ 8”, 150lbs, with brown hair and blue eyes and was last seen wearing blue jean shorts and no shirt. Geary had recently been transferred to the HCDC from Jefferson County on a parole violation. Anyone with information on the whereabouts of Geary is ask to contact KSP or your local law enforcement. The case is under investigation by Trooper James Gaither.