Richmond, KY. (September 2, 2021) – The Kentucky State Police, Richmond Post is looking for two inmates who walked away from the Madison County Detention Center, in Richmond.

Anyone who may have information about the location of Jones and Richardson is asked to call their local law enforcement or KSP Post 7 at 859.623.2404.

The ongoing investigation is being conducted by KSP Trooper Albert Lagrange. 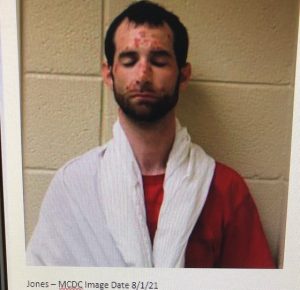