Wittensville, KY. (December 28, 2021) – The Kentucky State Police Pikeville Post received a call from Johnson County 911 regarding an armed robbery at the Dollar General store in the Wittensville community of Johnson County on December 27, 2021 at approximately 08:09 p.m.

KSP investigators responded to the area. The initial investigation indicated an unidentified male entered the building, brandished a firearm, and demanded money from the cashier. The male subject then fled the scene in a dark colored SUV with an undisclosed amount of cash.

The male is described as 6’0 tall and slender build. He was last seen wearing a gray hooded sweatshirt, camouflage baseball cap, jeans, and a blue medical mask.

Investigators are still searching for the male and asking for the public’s assistance with identifying him.

Trooper Dustin Thompson is leading the investigation. He was assisted on scene by Johnson County Sheriff’s Office. 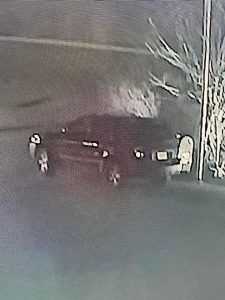 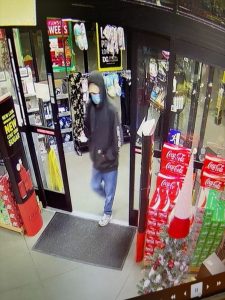